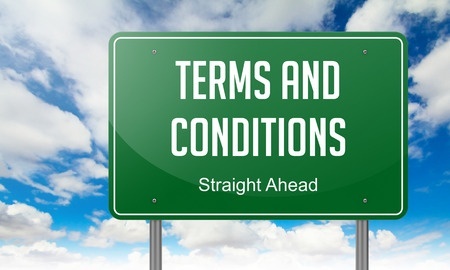 The term “prompt” is commonly used in contracts, but what does it mean? According to Judge James T. Vaughn Jr. of the Delaware Supreme Court, it depends.

In Avaya, Inc. v. Charter Communications Holding Company, LLC, C.A. No. N14C-03-052, Plaintiff Avaya, Inc. (“Avaya”) moved for summary judgment. The parties entered a Master Purchase Service Agreement (“Agreement”) under which the defendants, Charter Communications Holding Company, LLC and Charter Communications, Inc. (together “Charter”), purchased equipment and software from Avaya. The Agreement included a provision requiring Avaya to “defend, or settle, at its own expense”, and “pay all damages and costs” relating to, any claims for infringement of patent, copyright or trade secret brought against Charter related to Charter’s use of Avaya products purchased under the Agreement. However, the Agreement also required, among other things, that “Avaya’s obligation is expressly conditioned upon the following: (1) [Charter] shall promptly notify [emphasis added] Avaya in writing of such claim or suit…”

In its summary judgment motion, Avaya argued that Charter failed to comply with the contractual indemnity requirement to “promptly notify” Avaya of a claim or lawsuit for which indemnity was being requested. The complaint was served on Charter on September 5, 2006, but Charter did not provide a copy of it to Avaya until July 2, 2007.

Justice Vaughn denied the summary judgment motion filed by Avaya. He was not prepared to rule that giving notice of the claim ten months after the filing of a lawsuit was not prompt “as a matter of law.” He reasoned that Charter should be given the opportunity to conduct discovery to determine the applicable facts and circumstances that should be considered by the court.

Judge Vaughn stated that he agrees “with Charter that the phrase [prompt] is subject to some interpretation, and that the interpretation may be influenced by attendant facts and circumstances.”

While the use of “prompt” is common in contracts, the Avaya case is just one example of how it may not mean what you think it means. Terms such as “prompt” or “sufficient time” are vague enough that they are open to interpretation. As a result, if you want to avoid confusion, disputes, and even worse, litigation over what these terms mean, it is wise to define them in your contract. For example, language such as “prompt notice is required, but in no event later than 20 days after receipt of a claim.”

If you have questions regarding your company’s contractual needs, contact Leslie S. Marell for help. We serve as general counsel to clients who do not require, or choose not to employ, a full-time lawyer in-house. Call today to schedule your initial consultation.