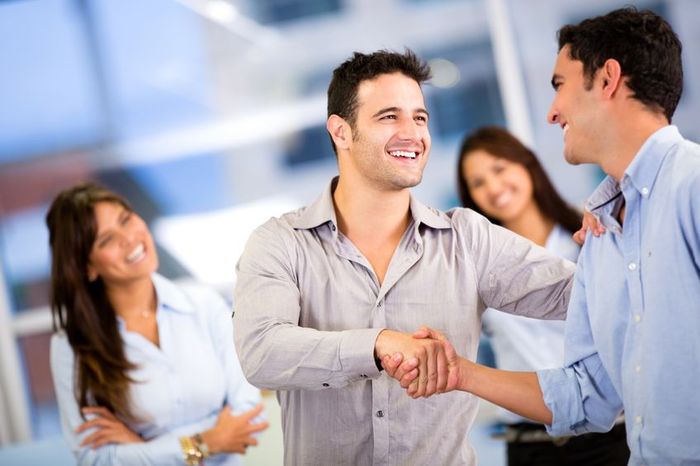 It is a common misconception that oral contracts are not enforceable. When you think about it, individually and on behalf of our business, we frequently engage in transactions where both parties don’t negotiate all the terms, sign the same document or even exchange forms.

This morning, the pipe under my bathroom sink burst and flooded the entire bathroom floor.

So what did I do? What anyone else would do: I called the plumber, got a general idea of their hourly charges and booked the next available appointment.

Do you think I took the time to negotiate and sign a contract with the plumber before he came to my house? Of course not! I was running out of dry towels, trying to get everything out of the cabinet under the sink, and worried that the water would spill over to our bedroom where we had installed hardwood floors a couple of years ago.

Does that mean we didn’t have a contract with the plumber? Of course we did. He performed the work to fix the pipe and having done so, we were “obligated” to pay for work performed.

And, that’s my point. Contracts can exist in several ways: Verbally, by conduct and in writing.

It is true that certain agreements must be in writing and signed to be enforceable. The statute of frauds requires the following types of agreements be in writing: Transference of real property; Performance which cannot be completed within one year (example a consulting agreement for 2 years); a contract for marriage (you can tell how old this rule of law is!); and the sale of goods of $500 or more..

Importantly, the statute of frauds section of Article 2 of the Uniform Commercial Code (UCC) – which applies to contracts for the purchase/ sale of goods – -provides some exceptions. A contract that might otherwise be unenforceable because it is not in a writing signed by both parties may be enforced IF :

So, if the parties have entered an oral agreement, or if negotiations have started but the contract has not been finalized, and in either case, work has begun and a dispute arises, what legal rights and obligations does your company have?

In other words, if there is no signed, written contract, is the performing party totally without any legal recourse in the event of a dispute?

The answer is most frequently “NO” for one of two reasons:

The bottom line is this: Once the supplier has performed work/ delivered goods – even if directed to do so by an unauthorized agent of the purchasing company – courts will often find a way to compensate the supplier for work performed or goods delivered.

We all know that the justifications our internal customers use for proceeding this way is that they want to get the deal done quickly and don’t have the time to get us involved.

I believe the basic issues within our organizations are how we, in purchasing, contracts and legal, can become involved earlier in the contracting process and how to get our internal customers thinking of global company issues and not only those affecting their department.

In the next blog, I’ll discuss the most typical reasons our companies are involved in these situations. I’ll also provide some suggestions on encouraging your internal customer to seek your involvement and input in the early stages.

To avoid the uncertainty of an oral agreement and assist in expediting the contracting process, let Leslie S. Marell help you. Our office is located in Torrance, California, but we proudly serve businesses of all sizes from all over the country.