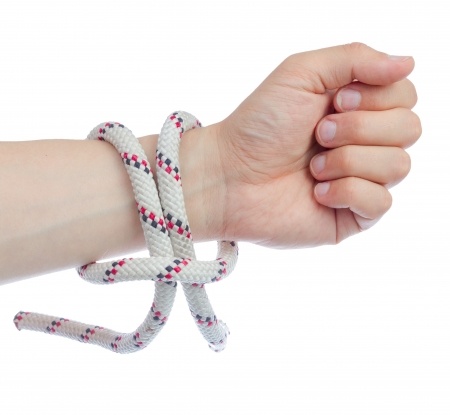 Most business people assume that the Indemnity clause is a legal issue to be resolved only by their lawyer.

Black’s Law Dictionary (the Webster’s dictionary for lawyers) defines Indemnify – in part- as follows:  “To make good; to compensate; to make reimbursement to one of a loss already incurred by him.”

Read that carefully. Doesn’t that say to indemnify means to pay money?

And if indemnify means to pay…….can you really characterize the indemnity clause only as a “legal” issue?

Since many indemnity clauses contain unfamiliar legal jargon (not to mention long run-on sentences!), even business people experienced in contracting throw up their hands in frustration. They often turn the clause over to their lawyer without reading it. If the lawyer is unable to obtain the desired outcome, he/ she usually throws the ultimate decision back to the business person by saying “It’s a business decision….it’s up to you!” And the parties remain in a stalemate.

If this situation sounds all too familiar and you want to “break the mold”, I’d like to provide you insight into the meaning of the indemnity clause.

It’s not all that complicated. But, be forewarned:  You’ll need to devote 5-10 minutes of uninterrupted time to understand this. If you do, I promise you’ll have new insight into indemnity clauses.

THE PURPOSE OF THE INDEMNITY CLAUSE

In an indemnity clause, one party agrees to defend the other and pay for all costs of the lawsuit if it is sued by a third party for specified reasons and to pay any damages and judgment resulting from the lawsuit. The indemnity clause shifts “third party” risks from one contracting party to the other. In effect, the indemnifying party is acting as an insurer.

Examples give insight into a concept…so let me provide you with one:

Before talking further about indemnity clauses, I’d like you to assume the following situation:

Seller sells a valve to its customer, a tractor company. Customer integrates the valve into the tractor. The tractor is sold to an end-user. The tractor malfunctions and causes injury to end-user. Injured user sues both the customer company and the seller (valve company).

Assume further that the following indemnity clause is in the contract between tractor company customer and seller. You’ll note that I’ve underlined the key words to help you understand the “essence” of the clause. (This is a technique a very experienced lawyer shared with me many years ago and I found extremely useful):

Seller shall defend, indemnify and hold harmless Customer, its officers, directors, agents and representatives from and against any and all claims, suits, losses, penalties, damages (whether actual, punitive, consequential or otherwise) and associated costs and expenses (including attorney’s fees, expert’s fees, and costs of investigation) and all liabilities that are caused in whole or in part by: (a) any breach by Seller of this Agreement or (b) any negligent, or intentional act, or omission by Seller, its employees, officers, or agents in the performance of this Agreement.

Looking only to the underlined words,  what is the seller’s responsibility in the hypothetical situation?

HINT:  Look at the underlined words on lines 4 and 5 which read: “caused in whole or in part by…”

SHIFTING ALL RISK TO SELLER

The above clause says that if the seller breaches or is found to be negligent in any percent, the seller will be 100% financially responsible for all damages caused by both the seller’s and customer’s negligence.

Going back to the hypothetical situation, even though the jury determined that the tractor customer is 75% negligent, as long as the seller is negligent in part, the seller’s financial responsibility will be 100%.

IMPORTANT NOTE:  The indemnity clause does not relieve the customer tractor company (in legalese the “indemnitee”) from responsibility to pay damages to the injured end-user. Tractor company will be liable to pay the end user for bodily injuries and property damage.

Even if the clause doesn’t seem fair, generally speaking (of course there are always exceptions!) the courts will enforce it.

Fairness is rarely relevant in the B2B (business to business) contracting world. Of course, there are exceptions, but courts typically say that the parties to the contract are free to allocate (legalese for shift) the risks whichever way they determine. That means that if the seller is willing to assume responsibility for not only what the seller does but also for the actions – or negligence – of the buyer or a third party, the courts will enforce the seller’s decision to accept that risk.

Indemnity is a broad financial obligation. If a seller is required to provide indemnity, the prudent seller will want to limit that indemnity to behavior over which it has control.

The above example of overly broad language is the # 1 problem sellers have with buyer indemnity clauses.